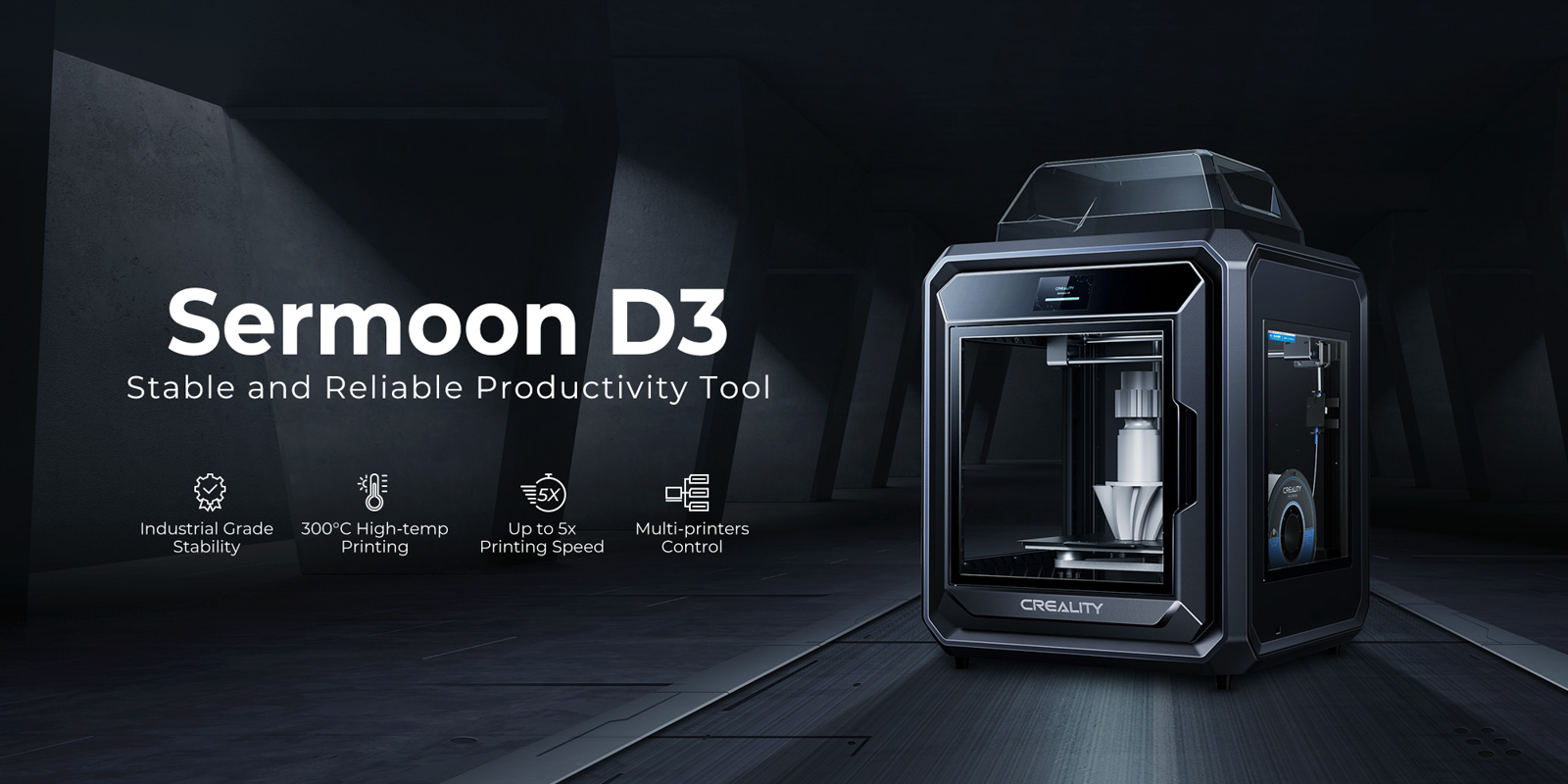 This is a sponsored post brought to you by Creality.

The Creality Sermoon D3 is Now Available for Maximum Productivity

Creality, a global pioneer in 3D printing and creator of several market-hit desktop 3D printers including the Ender series, continues to advance in the professional 3D printing markets with its latest effort – the Sermoon D3.

Debuted in 2021, the fully-enclosed Sermoon D series was born for industrial design and has been widely applied in prototyping, jigs & fixtures making, and design verification.

Delivering excellent performance on up to 14 types of filaments including Nylon and Carbon Fiber, the Sermoon D3 is now available in more than 22 markets including the United States, Germany, Sweden, The Netherlands, etc., covering regions including Europe, South America, Asia Pacific, and Middle East & Africa.

Taking machinery design as an example, the traditional way takes at least 20 working days to design, review, proof, and modify. However, by utilizing 3D printing technology, users can achieve rapid prototyping in less than 10 working days, shortening the R&D cycle and improving efficiency.

With a sturdy steel bottom plate, an 8mm aerospace aluminum top plate and four vertical aerospace aluminum profiles, the Sermoon D3 can achieve 720 hours (30 days) of non-stop printing and 8,000 hours of failure-free printing according to the testing data from Creality Lab. 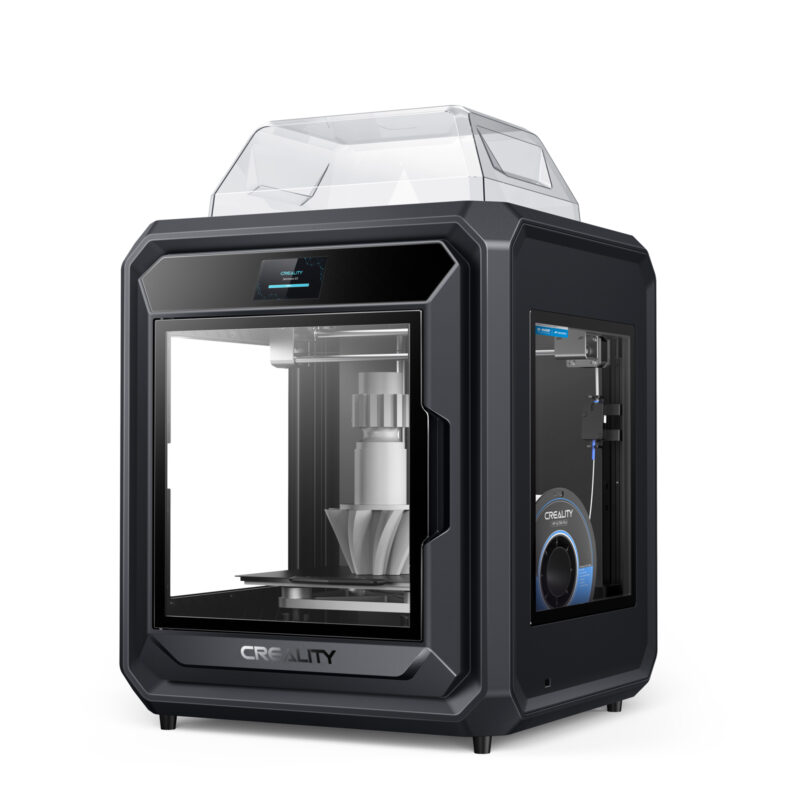 To ensure compatibility with a wide range of high-performance filaments, the Sermoon D3 is equipped with an upgraded Sprite dual-gear direct extruder with bimetal heat break made of copper alloy and titanium alloy.

The two 5015 large cooling fans help avoid charring and allow the print to solidify faster. This enhanced design enables consistent extrusion at temperatures of up to 300°C. 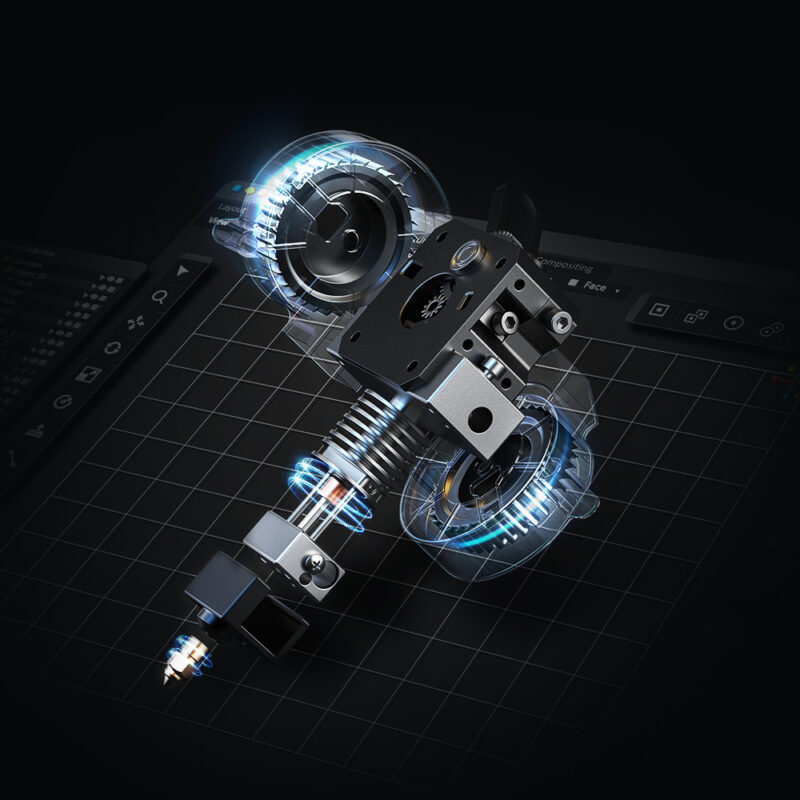 Another pain point businesses face is the limited selection of materials when verifying product design prototypes, which greatly impacts the verification sufficiency and competitiveness of the company.

To address this issue, Creality teamed up with AMTC to test more than 20 types of filaments and selected 14 that best fit with the Sermoon D3, including high-strength filaments PA, ABS, ASA, PC, and wear-resistant filaments PA-CF, PET-CF.

ATMC also tested BASF Ultrafuse® PP on the Sermoon D3 which turned out to be a success. The Sermoon D3 is the model that supports the most filament type of all Creality 3D printers. 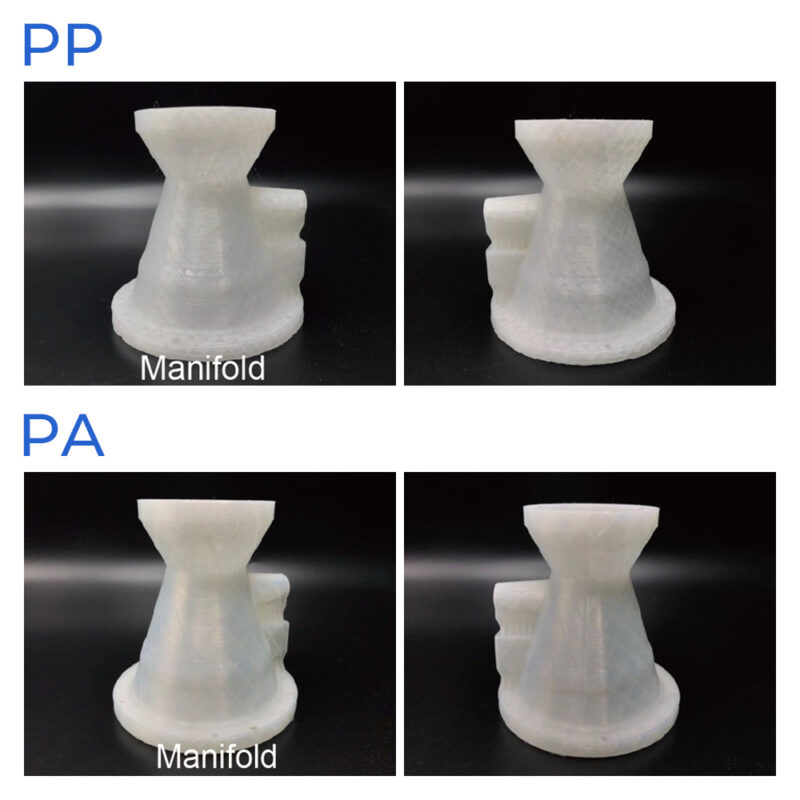 For scale productions, users can connect to multiple Sermoon D3 printers via LAN or Internet, upload the G-code files from one PC to multiple printers, remote control them simultaneously and monitor the print process through Creality Print on PC or Creality Cloud App on phone.

Together with a sizable 300×250×300mm build volume and up to five times the speed, Sermoon D3 significantly scales up the production in a cost-effective way. 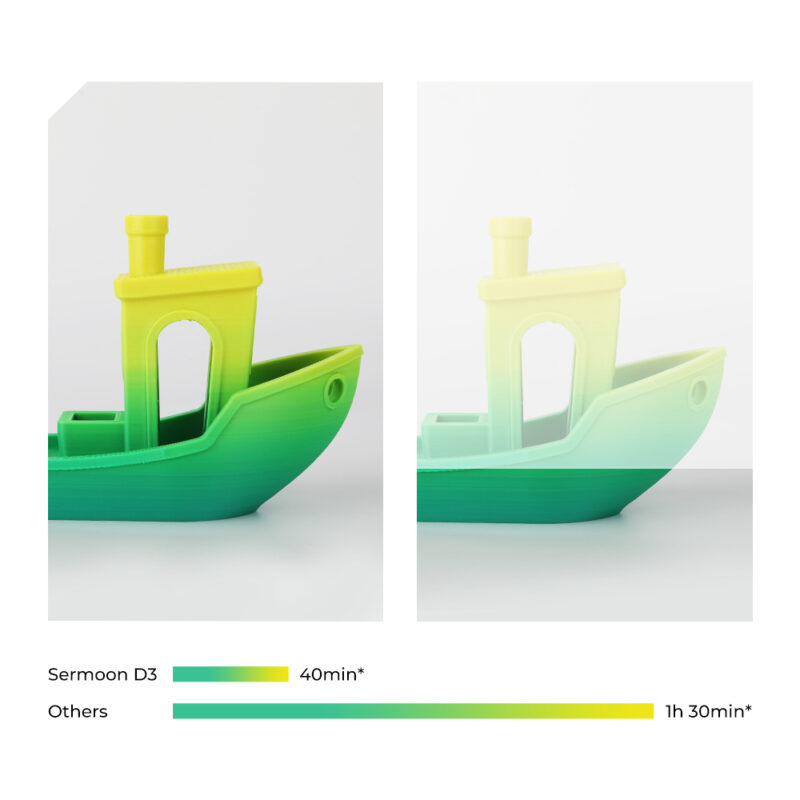 Creality has secured CE, FCC and UKCA certifications, among others, for its Sermoon D3, verifying the reliability and safety of the machine. The 3D printer comes with an interchangeable PC and a PEI spring steel sheet, as well as a professional tool kit with an extra hardened steel nozzle.

Specifically designed for the Sermoon D3, HP-ULTRA filament series including PLA and ABS is co-developed by Creality and Forward AM.

It is part of Creality’s “Better Filament Plan” to collaborate with market leaders to provide users with high-quality filaments tailor-made for Creality 3D printers.

HP-ULTRA has been fully tested by AMTC and Creality Lab on the Sermoon D3, meaning users can achieve straightforward print without configuring the printer. HP-ULTRA PLA will be included in the Sermoon D3 package for users as complimentary.

The recommended configuration parameters will be stored in the USB stick coming along with the printer, and set as default in Creality Print.

At $2.499, the Sermoon D3 is considerably affordable compared to professional 3D printers of a similar ilk. You can learn more about the Creality Sermoon D3 on the Creality Official Store.

For educational use, the new CR-200B Pro is a good option.

Creality offers a variety of 3D printer lineups that caters to different needs of users. Check here for more info.